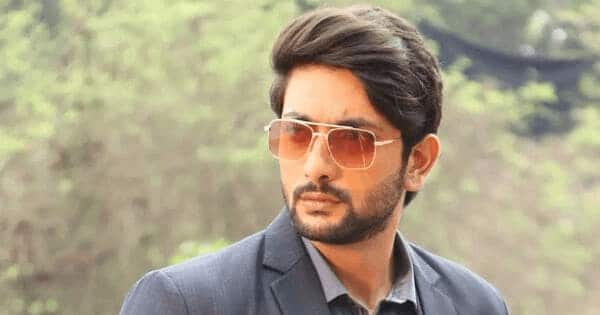 Fahman Khan is back as Ravi Randhawa in the show Dharam Patni. The actor’s career is on a high as his work in the show Imlie has been appreciated by all. Talking about the role, he told Bollywood Life that Ravi is a very lively young man who does not shy away from expressing his love. “In his life, he meets this girl who leaves him tongue-tied. She is uncomfortable with the situation but equally concerned,” he says. Star Plus show Imlie witnessed great ratings and Fahman Khan was loved by millions for his stellar performance as media tycoon Aryan Singh Rathod. Also Read – Bigg Boss 16: Munawar Farooqui roasts Sajid Khan, Sumbul Touqueer in the cutest way [View Post]

The star admitted that he is really feeling the pressure. He told us, “The other day I was having dinner on my balcony. My friend was there and I looked a little taken aback. He asked me if I was nervous, and I said yes, this new show is coming. He told me. Very good thing for me. He said it was the pressure that kept me from being complacent. My friend said if you feel the pressure, you will do well.” Also Read – Bigg Boss 16: Sumbul Touqueer Khan’s father lashes out at the housemates; Said, ‘My daughter is being used’ [Watch Video]

Fahman Khan is all praise for his co-star Kritika Singh Yadav. He says, “She is a very simple and sweet girl. Kritika is very talented. I pull her leg. And sometimes she responds bluntly. She is a sweetheart.” Well, fans are hoping that Dharam Patni will soon be promoted in Bigg Boss 16 so that fans can see the reunion of Sumbul Touqueer and Fahman Khan. He told us, “Honestly speaking, I don’t know when we will go to promote the show on Bigg Boss 16. Right now it is a press conference. It depends on the makers and the channel.” Also Read – Bigg Boss 16: Fahman Khan to enter the sets tonight for the promotion of Dharam Patni? [Report]

Fahman Khan’s fans are thrilled that he is collaborating with Ekta Kapoor. He told Bollywood Life, “I am happy to work with Ekta Kapoor. I feel good that it has happened at this stage of my career. I am confident that I can do what she expects. Ekta Kapoor is a Perfectionists.”

The show Dharam Patni is about marriage and the search for the perfect life partner. So, what are Fahman Khan’s views on marriage? Hank bursts out laughing and says, “I’m a guy who lives on the edge. I might as well get married tomorrow. But I just gotta find the girl,” he signs off.