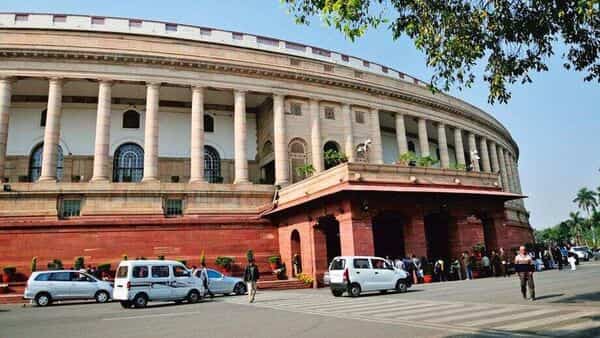 New Delhi : Government working on Production Linked Incentive (PLI) scheme 10,000 crore for the chemicals and petrochemical industries, as the country aims to triple its capacity to manufacture these key materials by 2040, said two people familiar with the matter.

The Union Budget is likely to announce a scheme under which selected companies can get an incentive of 10-20% on their incremental sales.

The Department of Chemicals, which has proposed the scheme, has identified 50 specialty chemicals that will be further used by major industries. The chemical and petrochemical industries provide building blocks for many industries, including textiles, paper, paints, varnishes, soaps, detergents, and pharmaceuticals.

“The plan is in an advanced stage and is expected to be announced in next year’s budget,” said one of the two people cited above. Minister of State Bhagwant Khuba has earlier indicated that the government has plans for a PLI scheme for the chemical sector.

Queries to the Finance Ministry, Department of Chemicals and Department for Promotion of Industry and Internal Trade remained unanswered till press time.

Under the scheme, the government plans to initially incentivize intermediate chemicals with high import value.

The Center adopted a policy in 2007 to set up Dedicated Petroleum, Chemical and Petrochemical Investment Regions (PCPIRs); However, the initiative failed to attract significant investments. The government is now also working on the PCPIR policy guidelines.

“The Department of Chemicals and Petrochemicals intends to bring PLI and redraft the PCPIR guidelines as India aspires to become a global manufacturing hub for chemicals and petrochemicals, and we have asked the industry to share their views so that it and can be corrected. “Minister Khuba said in September.

According to the government, the chemical and petrochemical sectors will play a key role in helping India become a $5 trillion economy. India has been an important producer of chemicals and petrochemicals over the years.

According to the PwC report published in November 2021, India ranks sixth globally and fourth in Asia in terms of global sales of chemicals. More than 80,000 varieties of chemicals and petrochemicals are manufactured in the country and the industry employs over two million people.

“India is known for exports of specialty chemicals and specialty agrochemicals, dyes and pigments. It is the fourth largest producer of agrochemicals globally and exports about 50% of the production. India is also the second largest manufacturer and exporter of dyes.

The chemical and petrochemical industry contributed about 9% to India’s manufacturing Gross Value Added (GVA) in FY20 and 1.3% to its national GVA. India’s petrochemical demand has witnessed tremendous growth over the last two decades, and the growth momentum is expected to continue for the next two decades. Demand growth is expected across all segments such as commodity polymers, fiber intermediates, elastomers and specialty petrochemicals.

According to the government, in 2020, the demand for the top 52 chemical products was 26 million tonnes per annum (MTPA), and this is expected to reach 87 MTPA by 2040. The additional demand of 60 MTPA would require an investment of approx. 18 trillion. According to statistics from the Department of Chemistry, around Six lakh crore investment is in the pipeline.

However, with a steady increase in demand, net imports of chemicals and petrochemicals have increased, despite growth in domestic manufacturing. Rs 1,148 crore in 2004-05 1.08 trillion more likely to reach in 2018-19 3 trillion in 2024-25, prompting the government to look for opportunities to boost domestic production.

Get all politics news and updates on Live Mint. Download Mint News app to get daily market updates and live business news.